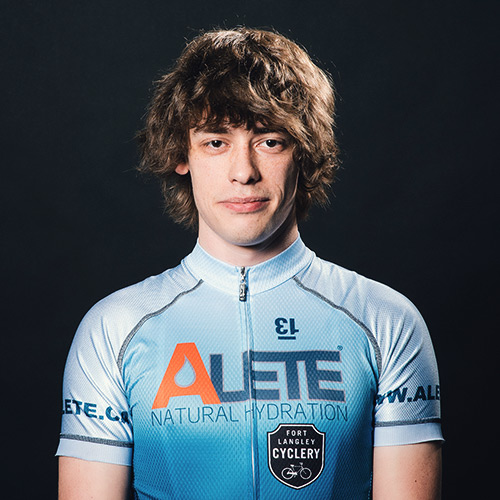 This is Adam Reddy. He grew up playing Soccer and training in Karate, however after a knee injury from soccer and attaining his black belt in Karate he took his focus and discipline to cycling. He has been riding road bikes for 5 years and racing competitively for 3. On top of road he trains multiple times a week at the Burnaby Velodrome, Adam has taken a liking for the fast speeds and action of track racing.

Adam had a successful Junior career where he went to the Junior Pan-American Track Cycling Championships as part of the national team. He also came 4th in the Omnium at Junior Track Cycling Nationals. During his Elite Men carreer he has been part of the winning Team Pursuit at Elite Men Track Nationals in 2013.

Adam hopes to keep on training on the velodrome so that he can be part of the Canadian National Track Team and race at the track cycling World Cups and the Olympics. 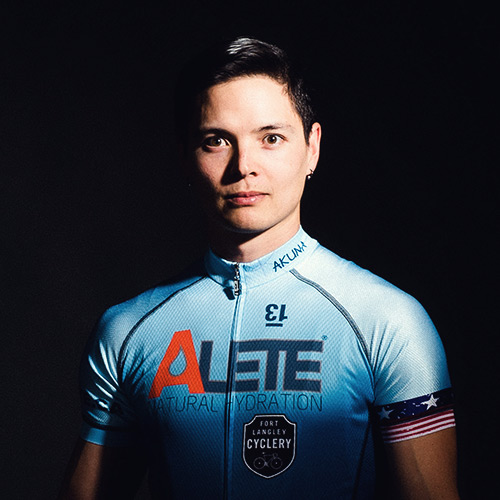 Kelyn Akuna’s life could have been drastically different had it not been for the bike he climbed on in the summer of 1997. While it wasn’t his first time on a bike, it was the first time he rode a velodrome. 18 years, several State and Provincial Championship titles, and a US National Championship later; Kelyn’s commitment to cycling is stronger than ever. Though his high performance goals are largely behind him, Kelyn spends a great deal of his time ushering in new talent to the sport of track cycling as the Program Director and Head Coach at the Burnaby Velodrome, Western Canada’s only indoor velodrome.

Being of a generation of cyclists that experienced relatively underdeveloped youth programs, Kelyn is passionate about fostering a community that encourages growth and development for all riders. He’s organized everything from collegiate mountain bike races to high school mountain bike leagues; National Championship events to weekly racing series. And, through it all, has managed to found an Aboriginal Youth Cycling program. He remains steadfast in his vision for a stronger, more vibrant, cycling community.

Over the course of the next season Kelyn is looking to continue contributing to the growth of cycling. This time, however, he hopes it can be as much on the bike as on the sidelines! 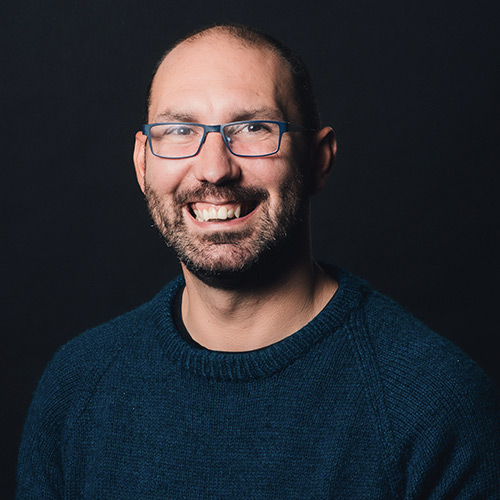 His name is Johnathon-Joshua Harder. He was born into cycling from Belgian decent with his great Grandfather being at the opening of the Kuipke velodrome in Ghent's Citadel Park, Belgium.

Growing up watching pro cycling with his father, he soon took to local amateur racing and has been doing so for over 20 years. Along with heaps of local racing Josh has also had the opportunity to travel abroad to ride and compete. From Crits (criterium racing), road races, CX (cyclo-cross) to track (velodrome racing), Josh has competed in hundreds of races, and has even won the odd one.

Josh assists at Fort Langley Cyclery, best bike shop around and is passionate in helping with positive growth in our local cycling community.

Over the last few years Josh has taken to all things single speed and has switched over into single speed cyclocross (SSCX) and also inevitably found his way into Track cycling, this being the second season at the Velodrome. Josh's goals this year will be to help manage and encourage his team, Alete-FLC, and also to compete himself. Some of the competitions you'll find Josh at this year include Single Speed Cylocross Worlds, World Cup CrossVegas, Lutheran Bible Camp Zombie Christmas Cross as well as many more CX, road and track races.

Racing is hard but this is Josh Harder.
~Ryan Cousineau 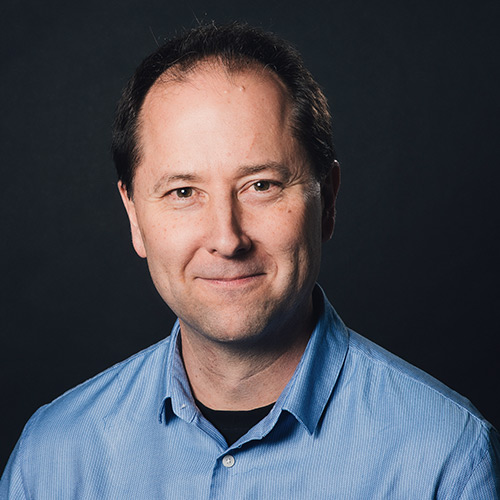 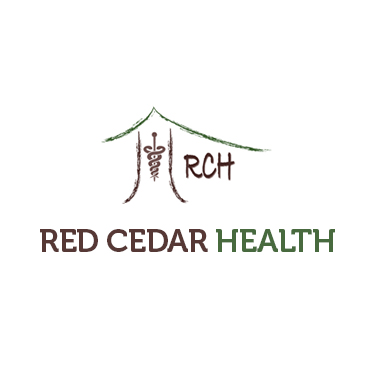 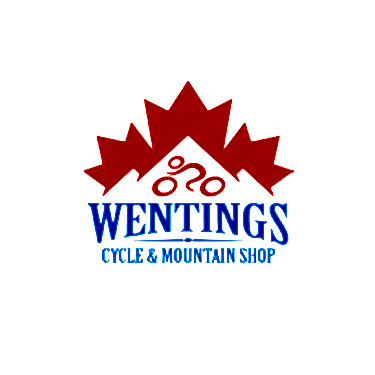